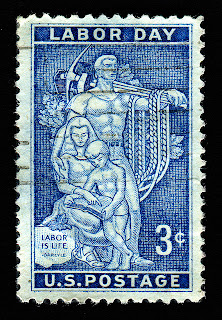 Usually, my thoughts about Labor Day consist of deciding which beach to go to and what food to pack.  The past few weeks, however, I’ve been running into an inordinate number of things bringing up justice.  Among the cute cat and kid videos, memes, and game requests on Facebook have been thought provoking, well written/produced articles/videos.  At the beginning of summer, a friend was talking about Haggai—one of the tiny minor prophet books of the Hebrew scriptures.  And since I couldn’t remember where exactly it was, let alone its content, I figured I should read it.  So I’ve been reading through the minor prophets for a month or two.

In the minor prophets, the Lord repeatedly works to get Israel’s attention.  They had turned from God, and He was warning them of the consequences.  A lot of that turning away was idolatry and worshiping other gods.  But just as much focus is placed on injustice.  As the people increasingly turned away from God, they increasing took advantage of the vulnerable members of their society—the poor, widows, orphans, foreigners (aka sojourners).  [Side note, interestingly, that list is everyone who did not own land, the inheritance of the people of Israel.]

Malachi, which is literally “my messenger”, is a short book with simple rhetorical structure.  God calls the people out on something outrageous, the people indignantly ask what He means with such an accusation, and God cuts to the heart with specific examples.  With respect to Labor Day, here’s the passage that arrested my attention.

You have wearied the Lord with your words. But you say, “How have we wearied him?” By saying, “Everyone who does evil is good in the sight of the Lord, and he delights in them.” Or by asking, “Where is the God of justice?”

“Behold, I send my messenger, and he will prepare the way before me. And the Lord whom you seek will suddenly come to his temple; and the messenger of the covenant in whom you delight, behold, he is coming, says the Lord of hosts. But who can endure the day of his coming, and who can stand when he appears? For he is like a refiner's fire and like fullers' soap. He will sit as a refiner and purifier of silver, and he will purify the sons of Levi and refine them like gold and silver, and they will bring offerings in righteousness to the Lord. Then the offering of Judah and Jerusalem will be pleasing to the Lord as in the days of old and as in former years.

This isn’t a general blanket calling on the carpet.  Those addressed are those who seek the Lord (“And the Lord whom you seek”)—which includes me.  I don’t watch or listen to the news much.  All the suffering is depressing.  I feel ignorant and impotent in the face of national and global problems.  I end up wondering where the God of Justice is.  Sometimes, I go as far as writing a blog post.  However, words should create.  God created through speaking.  Words devoid of action, devoid of creation, are wearisome—which is the accusation at the beginning of this passage.  The accusation at the end is that the audience—those seeking God, but with wearisome words—do not actually fear God.  How is that so?  Well, I cannot fear and honor God while I am (explicitly or complicity) oppressing the vulnerable.  True religion, we are reminded four hundred years after Malachi, is to visit widows and orphans in their distress—not to visit distress upon widows and orphans.

I do not own or make the policies of multinational companies that exploit workers here and in Third World countries.  But I am complicit in their exploitation when I shop at their stores and buy their products.  I live in a society with representative government, but I have not made my thoughts and values known to my representatives.

But, so that I don’t just have wearisome words, what am I actually going to do?  Well, I love chocolate.  I mean, it is a food group and part of a balanced diet.  I was surprised to learn that a whole lot of chocolate is produced using child slavery.  (Thanks to Rachel Held Evans exploration of justice in "A Year of Biblical Womanhood" for bringing Stop Chocolate Slavery to my attention.) My first action will be to further educate myself about this and to permanently change what chocolate I will buy.  Is my chocolate habit so great that changing my buying habits will have world changing impact?  No.  But it’s that feeling of impotence that has kept me from taking any action—that keeps most of us from taking any action.  I am not responsible before God for things that are out of my power, but I am responsible for things that I can do, no matter how small.

If you need help thinking that what you can have an impact, take forty-five minutes and watch this documentary, "Old Radicals".


photo credit: karen horton via photopin cc
Posted by Sarah at 10:51 AM 1 comment: