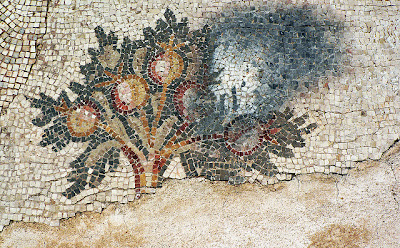 For no good tree bears bad fruit, nor again does a bad tree bear good fruit, for each tree is known by its own fruit.  –Luke 6:43-44a


Well, that sounds easy.  However, if it is easy, why do we so often disagree if something is good or bad?  (Republicans, Democrats, institutional church, simple church, his friends, her friends, for starters.)

Let’s narrow it down to just people.  Can we accurately judge if an individual person is good or bad?  What do we think of the following types of people:   a passed out drunkard?  a husband who lies to save his own life, putting his wife’s life at risk?  someone who lies and cheats his way to wealth?  a murderer who remains a fugitive for forty years?  a brazen prostitute?  a promiscuous, arrogant drunk?  someone who murdered to hide his adultery?

These are accurate descriptions of some pretty famous people.  And these people were not condemned, but commended for their faith!  They are found in Hebrews 11:  Noah, Abraham, Jacob, Moses, Rahab, Samson, and David, respectively.  That last guy, David, was called a man after God’s own heart.  Murder and adultery are not God’s heart, so what gives?  How do we judge people by their fruit if such obvious bad things end up not being the final word—the key fruit?  Well, I have a couple ideas.

First, John the Baptist warns the religious leaders of his day,

Then Jerusalem and all Judea and all the region about the Jordan were going out to him, and they were baptized by him in the river Jordan, confessing their sins. But when he saw many of the Pharisees and Sadducees coming to his baptism, he said to them, “You brood of vipers! Who warned you to flee from the wrath to come? Bear fruit in keeping with repentance. And do not presume to say to yourselves, ‘We have Abraham as our father,’ for I tell you, God is able from these stones to raise up children for Abraham. Even now the axe is laid to the root of the trees. Every tree therefore that does not bear good fruit is cut down and thrown into the fire. “I baptize you with water for repentance, but he who is coming after me is mightier than I, whose sandals I am not worthy to carry. He will baptize you with the Holy Spirit and fire. His winnowing fork is in his hand, and he will clear his threshing floor and gather his wheat into the barn, but the chaff he will burn with unquenchable fire.”  --Matthew 3:5-12


That’s pretty scary, but look at what he urges, “Bear fruit in keeping with repentance.”   Repentance by definition is a change.  Our fruit that is judged needs to come from that change, that moving away from evil and towards good.

The second half of this next passage has to do with the consequences of not bearing good fruit.  But for context, the verses just before it deal with the need for repentance.

The bad things didn’t happen to the Galileans or the eighteen in Siloam because they were more evil.  Everyone is equally evil and needs to repent!    And it is after shattering this notion that the wicked people are the ones who endure misfortunes (and the implication that those who do not endure misfortunes are therefore good), that Jesus tells a story about fruit—the fruit by which people are judged as good or bad.

The owner of the vineyard has waited three years to eat figs from his fig tree, but it has not produced any figs.  He is indignant and wants the useless tree removed.  The vinedresser argues for one more year for the fig tree.  He proposes what he will do to help it grow better, but concedes that if next year there is no fruit, it can be cut down.  What’s interesting about this is that in Leviticus, the Israelites are instructed to not harvest from fruit trees for their first three years.  And, all the fruit from the fourth year was holy and a praise offering to God.  It was the fifth year that they could eat of it.

My thoughts from this ponderous post are these.  We need more grace for ourselves and each other.  Yes, we need to judge by fruits.  But life is not a 4H contest.  We need to see as God sees.   Maybe someone is in year three and not producing any fruit, even though we looking on expect it.  Maybe you’re feeling your roots dug up and that you’re covered in crap and that you’ll never produce any fruit.  But that might just be the sign that you’re about to.  Repentance is a decision, yes, but also a process.  We need to seek Jesus for the strength to repent, and to bear fruit in keeping with repentance.  And we need Jesus’ comfort during the crap that will help us bear that fruit.