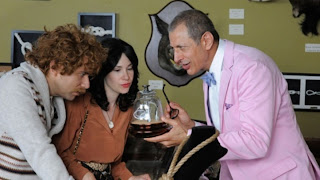 Often, I like to go for a walk on my lunch.  I also like to listen to music, but it always takes me five minutes to get my earbuds untangled.  (If you’re curious, here’s why your earbuds are always tangled.) There is no efficient way to untangle them.  You have to hold them very loosely, gently spread the knot apart, and guide the various ends around. Often, they get more tangled before they get free.

There are other ideas on how to deal with knots.  Alexander the Great encountered the Gordian Knot, a mass of ropes tying a yoke to a wagon.  The legend was that whoever could undo the knot would rule all of Asia. “According to the ancient chronicler Arrian, the impetuous Alexander was instantly ‘seized with an ardent desire’ to untie the Gordian knot. After wrestling with it for a time and finding no success, he stepped back from the mass of gnarled ropes and proclaimed, ‘It makes no difference how they are loosed.’ He then drew his sword and sliced the knot in half with a single stroke.” (source link) 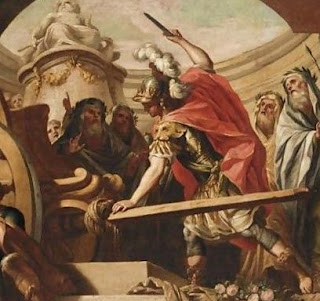 I personally think Alexander cheated, but he did go on to conquer the known world before he turned 32. He was efficient, swift, and a military master.

And then there are the knots that are our lives. And our world.  Taking a sword and slicing through through the messes would be efficient.  But swords are sharp, and pointy, and have two edges that cut both ways.  It’s also been said that those who live by the sword tend to die by the sword (Matthew 26:51-25).

Jesus is described as being one who would not break a bruised reed or put out a smoldering wick (Matthew 12:15-21). If a reed or plant is bruised, you could try to nurse it back to health, but it won't produce as much fruit. It’s more efficient to rip it out and plant a new one.  And a candle should either burn or not, this middle ground of smoldering is useless and annoying.  But where is the value? Where do we place the worth?  To go back to the start of this post, I could throw out my seemingly hopeless earbuds and buy a new pair every time they get tangled.  But I take the time to be patient, and gently unravel them.  Is efficiency the primary value? Having something I can use right now?  Or unraveling and restoring what was knotted? 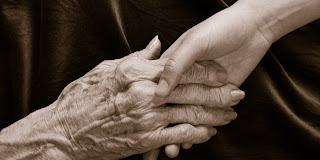 Swords aren’t useful in restoration or redemption.  Jesus fixed people’s withered, knotted hands.  He let his days be marked, not by efficiency, but by interruptions.  He stopped on his way to an important official’s house, to talk to someone society had given up on--a woman with a chronic disease (Matthew 9:18-26).  Society saw no value in her, she had no wealth or power.  They had cut her out.  But Jesus did not put out her smoldering wick, he valued her, and fanned her back to flame, restored her, unraveled her knots.

As a Christian, I am literally, a “little Christ”.  I need to show at least as much care, and gentleness, and patience with the knots in people's lives and society around the world, as I show when untangling my earbuds.  I need to value restoration and redemption, like Jesus, not efficiency and power, like Alexander the Great.


“Behold, my servant whom I have chosen,
my beloved with whom my soul is well pleased.
I will put my Spirit upon him,
and he will proclaim justice to the Gentiles.
He will not quarrel or cry aloud,
nor will anyone hear his voice in the streets;
a bruised reed he will not break,
and a smoldering wick he will not quench,
until he brings justice to victory;
and in his name the Gentiles will hope.”
Matthew 12:18-21, quoting Isaiah 42:1-4 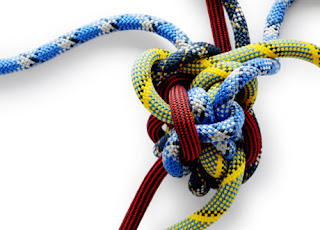