This is the second installment of our semi-regular guest posts.  Stephanie (name changed to protect her privacy) shares this post about a recent cooking contest.
******************* 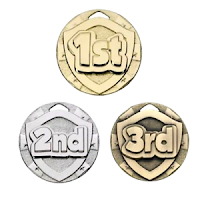 I recently took 3rd place in a cooking contest.  The contest was at a local school between mothers who made a national dish of the country I had recently moved to.  The dish is source of great pride and I had made it under a friend’s supervision once before.  One of the teachers asked, actually nagged, me into representing my daughter’s class in the competition.  Again, I had made the dish once before and had forgotten salt.  Yeah, any recipe where you forget salt is a problem.  Obviously I was not confident of my chances.

I showed up with my version of the completed dish.  The judges (four teachers at the school) went through tasting all the various versions of the same dish.  After much deliberation the 1st prize went to a lovely grandmother who's wizened features demanded respect.  Another lady was selected for 2nd and to my surprise (and horror) I was awarded 3rd.  Horror because I had no idea why I was chosen.  I had made this dish once before with dubious results.  Later I tasted the competition and could discern no great advantage of my attempt compared with the “losers”.  And this was a national dish.  Something these ladies had made for special occasions or guests since they were young.  Why me?

The country my family is living in as guests is shaped by an honor and shame mindset.  I am from a western world view which is often shaped by guilt and innocence.  In the western world ideas like justice, meritocracy, and fairness are highly valued.  From this world view the contest seemed ludicrous or a sham.  In my host culture ideas of honor, respect, and place in community are of supreme importance.  From this vantage point the winners were obvious.  The grandmother is the oldest woman demanding the utmost respect (1st place), the woman who made the best dish (2nd place), and the honored guest – the visitor to our country must be honored (3rd place).  It was obvious.

As part of my award I received a small gift and a certificate (stamped with an official looking stamp by the principle).  I showed my certificate later to some local friends.  They congratulated me on my accomplishment and then asked when I would be hosting a party to celebrate my success.  A party?  For a school cooking contest? Seriously?  They smiled but were somewhat serious.  In a culture shaped by honor, it is your responsibility to display your achievements and showcase these through a feast inviting relatives, friends, and neighbors. If you don’t, then you are considered very stingy and unwilling to share your honor with your wider circle.  All who participate get a share of the honor.  This can seem like a huge waste of resources and downright arrogant in western eyes.

So now you have my advice on winning a cooking contest.  Remember that the placing you receive might be a responsibility, not an acknowledgment of merit.  That greatness is not being placed above another person.  That merit and community are often intertwined in human society.  That being publicly honored is not a source of embarrassment but can be an opportunity to lift others with you.  That truly is a picture of gracious behavior.
Posted by Sarah at 3:45 PM